“Pastor Jon…” – Those words often bring tears to my eyes. Not because of the pastoral title, but because of what the title represents. Many know me as “Pastor Jon Kelly”, but for family and those who’ve known me for most of my life, that title is a miracle.

I first started selling drugs when I was around 12 years old. 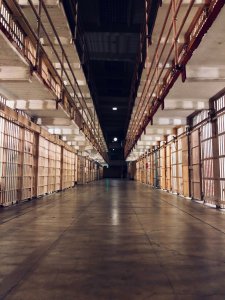 My first conviction came when I was 13 years old for aggravated assault. I would go on to spend much time in and out of juvenile detention centers. Showing up to the police station became a second job for my mother and I would eventually have a criminal rap sheet 20 pages long. I failed the 7th grade and went to 4 different high schools in my freshman year before dropping out. The streets eventually landed me in prison in 2002 for my role in the murder of a man in my community. It was there in prison in solitary confinement that I met Jesus and have not been the same since.

Is there any Hope for that Kid?

An honest question that would commonly be asked by those who knew me as a young man was, “Is there any hope for that kid?” I’ve heard so many people tell others to “forget about him. He’s going to end up dead or in prison for life. Don’t waste your time with him. He won’t listen.” It wasn’t surprising to anyone that I eventually sat in a prison cell as a convicted murderer sentenced to 6-20 years behind bars. While outwardly I was a convicted felon and murderer, inwardly a transformation was happening.

I felt the guilt and sickness of my sin. I felt great shame, horror, and overwhelming pain for my actions. It was as if my eyes were opened, and I saw the depths of my wickedness in High Definition. Yet, there was a tender voice speaking to the depths of my soul saying, “You are forgiven in Christ. Go and sin no more.” Jesus gave me a second chance at life. He saved my soul, forgave my sin, and transformed my darkened heart.

Moving Beyond the “Prisoner” to the Person 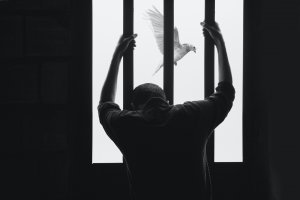 While this truth is beautiful, it doesn’t mean that society feels the same level of compassion. We are often unwilling to give a second chance to someone who is a convicted felon. We profess a belief in second chances in theory, but our actions reveal we don’t truly believe it. This can be seen by the fact that men and women with criminal convictions often find it hard to get a job, even when qualified. We struggle to obtain housing and even battle to get into college and schools. We are denied loans and have to constantly shame ourselves by explaining our past on any and every application that we complete. Consequently, we walk around in society feeling like lepers that people refuse to touch. In churches, we are a cool story and a great testimony, but we aren’t welcomed to dinner tables in the homes of those who like to hear our story. While it is understandable that trust is often lost when someone commits a crime, should loss of trust remove us from housing, jobs, loans, educations, our humanity, and even a meal in someone’s home?

Jesus and the Prisoner 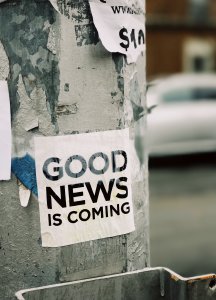 Although I have often felt like a leper, what has brought me the most comfort is Jesus’ love for the prisoner. It brings tears to my eyes knowing that I serve a Savior who knows what it was like to be in prison. In fact, he was falsely convicted and executed as a criminal. Much of the New Testament epistles are written from a prison cell. The book of Acts ends with Paul in Rome on house arrest. Have you ever noticed how much of scripture was either written in prison or connected to someone impacted by incarceration? The beauty of the Gospel is that everyone is guilty of sin and worthy of death, yet in Christ, we all are given a second chance. I experienced this “second chance” both spiritually and physically.

I would go on to make parole, get married, and move to Chicago to attend Moody Bible Institute. Eventually I graduated and planted a church on the West side of Chicago, becoming a pastor. Continuing my education, I earned a Master’s degree from Wheaton College. Can you believe that? The guy who failed the seventh grade went to four different high schools in my freshman year and then dropped out–he received his Master’s degree.

The Power of a Second Chance 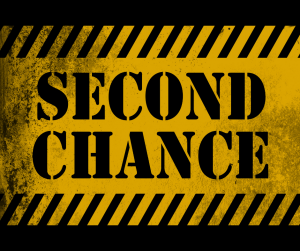 Because Jesus gave me a second chance at life, I have the privilege of serving with Prison Fellowship and advocating for policies that are redemptive, biblical, and remove common barriers those with criminal records may face. I’ve met with Senators and Congressional Leaders, gone back into prisons to speak to inmates, worked with gang members in Chicago, mentored youth, begun my doctorate degree, started a family with two beautiful sons, prayed over our city’s mayor, helped start programs that serve families in my community, serve in a community partnership with local police officers to serve local youth through sports, baptized criminal prosecutors and district attorneys, and I’m just getting started.

I say none of this to boast. I say all of this to help you consider what would have happened if I were never given a second chance? I’m glad that I will never know and I desire that others will experience the same.

Administer Justice looks forward to working with Prison Fellowship to equip churches to seek redemptive, biblical, restorative justice for all. 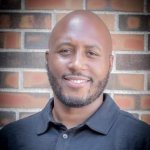 Jon is the Lead Pastor of Chicago West Bible Church. He also serves with Prison Fellowship in the role of Justice Advocacy and Church Mobilization where he helps to equip church with many of Prison Fellowship’s resources to care for individuals and families impacted by crime and incarceration.

We're thankful for Ken Bruderle with Elgin Township providing us a grant check in the amount of $9,995!God continues to provide as we seek to launch 300 Gospel Justice Centers by 2025.Learn more about your church hosting a center or giving to support a center: bit.ly/3niu9vR ... See MoreSee Less