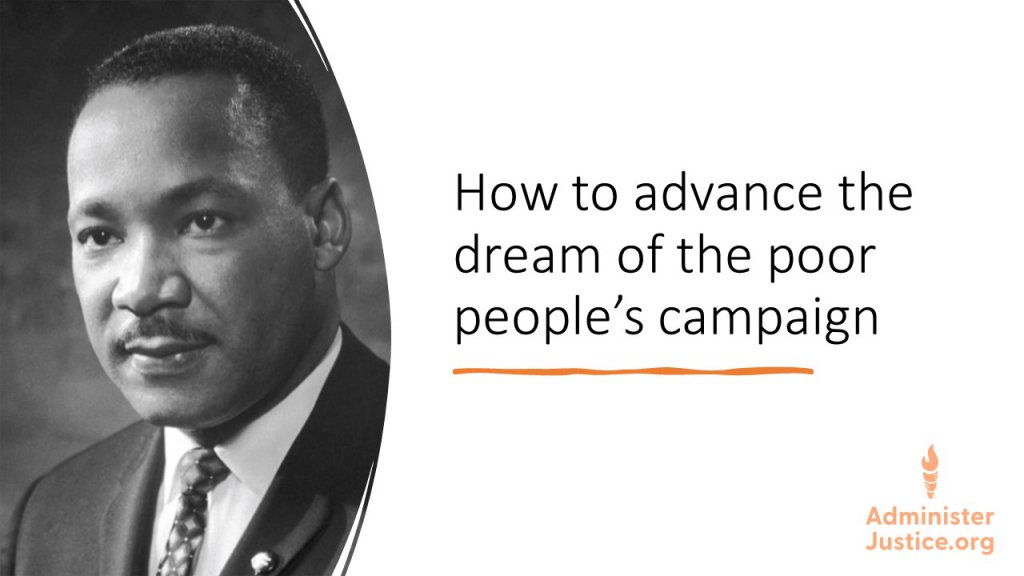 Dr. Martin Luther King, Jr. is best known for his civil rights advocacy.  But Dr. King recognized his dream of freedom and equality for all would never be realized unless poverty was challenged.  He began the poor people’s campaign to shine a light on economic inequality but was assassinated before he could advance the cause.  More than fifty years later we continue to struggle with racial and economic inequality.

A major report by the Journal of Experimental Social Psychology reveals shifting attitudes toward poverty in America as a result of COVID-19.  Prior to COVID, the prevailing belief among many was the poor were responsible for their own plight.  Structural inequality and external circumstances were not recognized in the heightened way COVID-19 has revealed.

I used to believe the poor were poor by choice.  But that was when I stood at a distance not knowing the poor.  When I became poor to serve the poor I learned otherwise.  The overwhelming majority of the tens of thousands of people I have served over the last couple of decades come to me through a series of circumstances outside of their control.  A loss of a job, health issues, abandonment, unscrupulous actors, and more.

A new documentary is releasing today through PBS exploring poverty and policies:  Firsthand, Living in Poverty.  We should care about poverty because Jesus cared about poverty.  To be a good and faithful servant of all He has given us means caring for the least of these.  Mt. 25.

“There is nothing new about poverty. What is new, however, is that we have the resources to get rid of it.”

COVID did something amazing.  Last year after an initial run by people to hoard toilet paper and supplies, Americans came together.  Neighbors helped neighbors.  We recognized the sacrifice of essential workers.  And Congress jointly passed two historic spending bills.  A crisis demonstrated money could be spent to save small businesses and help families in need.

Racial inequality and economic inequality rose to the surface and legislative initiatives gained traction in addressing them. 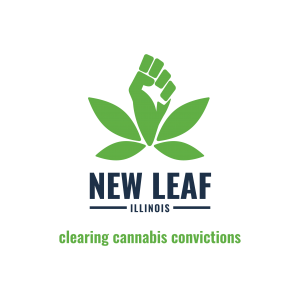 New Leaf:  Across the country, a conversation is taking place around disparities in the criminal justice system.  Like many states, Illinois took action to decriminalize marijuana.  I do not support marijuana but preventing someone from housing or employment because of a non-violent possession charge is wrong.  People deserve to turn over a new leaf.  New Leaf is the project Illinois undertook in partnership with 20 not for profits, including Administer Justice, to help people clear criminal records.   Learn more and get help here.

No Cash Bail:  Across the country, more than 11 million people are incarcerated in pre-trial detention.  These individuals have not been found guilty, but they are too poor to afford bail.  Illinois recently passed significant criminal justice reform which is expected to be signed into law largely eliminating cash bail.  Contrary to media reports the bill does not put all criminals awaiting trial out on the streets.  Abusers, stalkers, and a host of violent offenders have guidelines to continue to protect victims.  But the bill does remove the automatic practice of setting bail on the larger volume of non-violent offenses that resulted in jobs being lost, families being torn apart, and taxpayers paying unnecessary fees through overcrowded jails.

Too many states have punitive measures impacting the poor in the suspension of driver’s licenses.  The suspension is for parking tickets, toll violations, municipal offenses, red-light cameras, or other minor matters.  People were losing work over these municipal money makers.  In Illinois, 75,000 individuals lost their licenses for these reasons.  The new reform bill eliminates this and mandates that by July 1, 2021, the Secretary of State must remove the suspension due to failure to pay any fine or penalty for a traffic violation, automated traffic law enforcement system, or abandoned vehicle.

Public Housing:  55% of Illinoisans have a criminal record and may face denials for public housing even though they have served their sentence or have an arrest that never led to a conviction.  This is wrong.  The Public Housing Access Bill changed this providing equal opportunity to public housing. 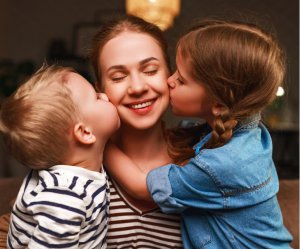 President-elect Biden announced a bold policy to cut in half child poverty through the American Rescue Plan.  Statistically, the largest segment of poverty is a single mom with a child under the age of six.  If passed this legislation will provide a child tax credit of $3,600 for moms or families with a child under the age of six.  Children between 6 and 17 would receive a $3,000 tax credit.  One of the greatest struggles for this single mom is childcare.  The new law would support half the cost of childcare up to $4,000 for one child and up to $8,000 for more than one child.

Administer Justice believes justice is Biblical, not political.  God cares about justice for the poor which is why it is the second most prominent theme in the Bible.  Our primary objective is to engage the church and God’s people to do justice, love mercy, and walk humbly with God.  Doing so means we care about people and the policies that impact them.

“Injustice anywhere is a threat to justice everywhere. We are caught in an inescapable network of mutuality, tied in a single garment of destiny. Whatever affects one directly, affects all indirectly.”

Dr. King knew the advancement of justice required a concern for the economic well being of all.  Justice must be affordable and accessible for all.  We agree.  Join our Journey to Justice to explore how you can be part of advancing God’s concern for justice for the poor.