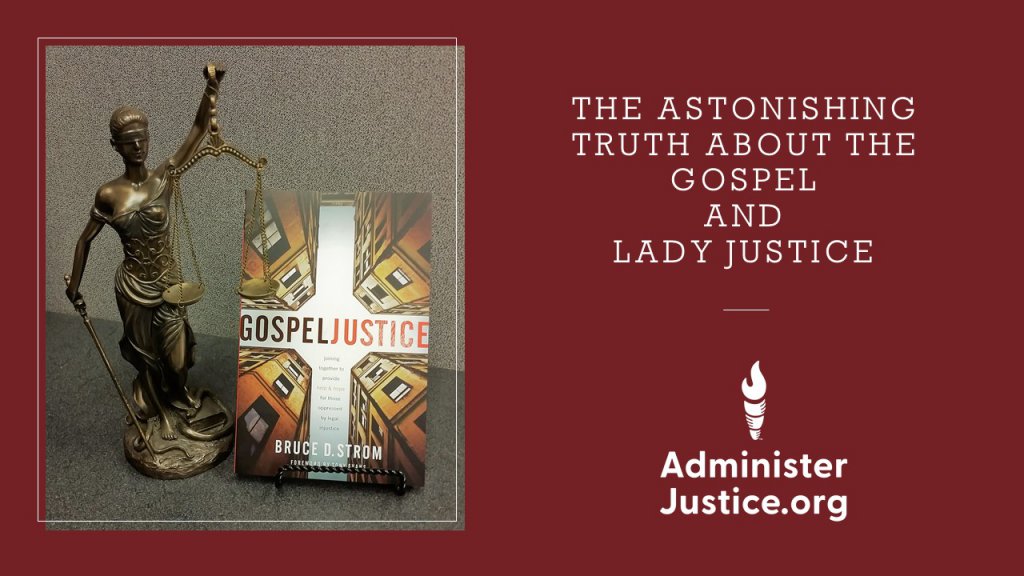 Why is Lady Justice a woman? And why should a Christian care? These are good questions and I need to revise my earlier answer.

I wasn’t too kind to Lady Justice in the book Gospel Justice. What I wrote is certainly true, but incomplete:

“Our nation holds up the image of the Greek goddess Themis as a symbol of justice—a blindfolded woman holding balanced scales with a sword at her side. But for many without the help of an advocate, the scales aren’t balanced. Cases drag on in court for seemingly no reason, and justice is anything but a swift sword. And justice often peeks under the blindfold to look at race and economic status. If justice is blind, it is blind to the real needs of people.

My point in Gospel Justice was to demonstrate the shortcomings of relying on failed systems. Social justice will always fall short.  Social constructs by their nature are sinful. Only gospel justice can address the root causes of individual and systemic failure. Only Christ provides hope in the midst of injustice.

What I got wrong was the missed opportunity to explore why Justice is a woman. Maat, Themis, Justitia, and modern portrayals of justice are all women. Why?

The astonishing truth about images of justice

Two Yale professors examined the historical images of justice as well as those throughout the United States. They documented their findings in a book called Representing Justice. My insomniac readers are welcome to pick up a copy, but part of the conclusion is that symbols matter. You probably didn’t need Yale professors to tell you that. Here’s why that is important.

In the ancient world, men were hunters and gatherers. While away foraging, wise women established councils for governing community life. Even in an era where women were denigrated, these women were revered. Egypt, Greece, and Rome all drew from this shared human history.

The first recorded personification of justice is the Egyptian goddess Maat dating to 2680 BC. Maat represented the moral spirit of the law. Justice required harmony and truth represented through fair dealings in social interactions.  Pictured with an ankh in one hand (the symbol of truth shaped like a cross with an oval top) and a scepter in the other representing authority. Maat weighed on a balance the hearts of men when they died against the Feather of Truth. If they led a virtuous life they would be admitted into the afterlife, if not they would be condemned for eternity.

At a time when other civilizations enforced legalism, Maat represented order through fairness, truth, and a concern for the poor and vulnerable. Maat called the rich to help the less fortunate rather than exploit them, echoed in tomb declarations: “I have given bread to the hungry and clothed the naked” and “I was a husband to the widow and father to the orphan“.

The book of Job from the same time period contains similar references. Since all truth is God’s truth, we should not be surprised to see ancient societies gain a glimpse of that truth. Rather it should instruct and encourage us.

Themis was a titan, goddess of justice, order, and “the lady of good counsel”. She advised Zeus. Rather than a scepter, she held a sword, but the concepts were similar. As a titan, Themis was a strong woman. The Greeks drew from the Egyptians and antiquity in placing women in positions of wise counsel. From Athena the goddess of wisdom to the Fates who determined the future of men, the Greeks personified wisdom, order, and justice as women.

This was true in Jesus’ day. Paul was supported by “prominent Greek women” (Acts 17:12). Jesus was supported by prominent women as well (Lk. 8:3). These wise women, along with John, were the only ones brave enough to be at Jesus’ feet when he hung on the cross (Mk. 15:41).

The Romans borrowed heavily from the Greek pantheon of gods. Justitia was the Roman goddess of justice combining elements of Themis with her sword and Themis’s daughter Dike who carried scales. Like Maat and Themis, Justitia represented the moral force in judicial systems.

All three women drew from the ancient recognition of women as wise counselors. These goddesses represented strength and grace while upholding truth, order, and fairness. Justice was more than power or rules.  These women represented the moral truth of a broader justice that ordered all affairs. While pagan these goddesses reflected dimly the bright truth of God’s justice. A justice that reflects feminine mercy and compassion over masculine power, legalism, and judgment. As James states:

“Speak and act as those who are going to be judged by the law that gives freedom, because judgment without mercy will be shown to anyone who has not been merciful. Mercy triumphs over judgment.” James. 2:12-13

Images of the Renaissance through Today 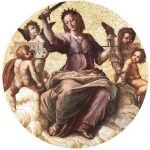 The Renaissance first combined pagan and Christian notions of justice. The most famous painting would be Raphael’s portrait of justice in the Vatican. I would use this painting as the first logo for Administer Justice. In it Raphael portrays Lady Justice robed in purple with sword and scales surrounded by angels. To the left of the painting is a smaller painting of The Fall, portraying sin’s entry into the world as the snake tempts Adam and Eve. To the right is a painting of The Judgment of Solomon extolling the virtue of wisdom.

Later Renaissance artists added the blindfold seen in many modern images of Justice. The bronze statue above was a birthday gift from my parents. At her feet is a book representing the solid foundation of law and a snake representing evil and injustice. 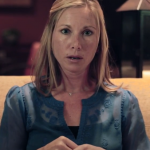 Today you will find the embodiment of Lady Justice not on the top of courthouses, but in your community. She knows justice is found not in power or rules, but in the spirit of freedom that comes from balancing scales. She seeks out the poor and vulnerable. Lady Justice today sits with neighbors in need and helps bring order to the chaos in their life. She shares the hope that comes from knowing that their Creator loves them and has a plan for their life.

I hope you have the chance to meet her. Lady Justice looks like my friend Dee who opened a Gospel Justice Center in the Chicago suburbs. A team of caring people now regularly serve the needs of vulnerable neighbors and Dee has inspired others to serve. Lady Justice looks like my friend Tempia who appreciated using her gifts with others to bring the help of a lawyer and the hope of Christ’s love to those in need. 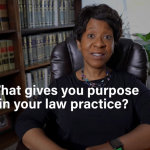 Women like Linda who was asked by a friend to consider serving and is so glad she did! Hear the life-changing impact these women are having in their own lives and those they are serving by clicking on their videos. Consider joining them by visiting discover.administerjustice.org.

I could recount the stories of many other women across the country who represent the ancient spirit of Lady Justice as they pursue the work of the Holy Spirit in their lives.  They know what it means to “Administer true justice, to show mercy and compassion to one another.”  Zech. 7:9

Women of Law and Faith